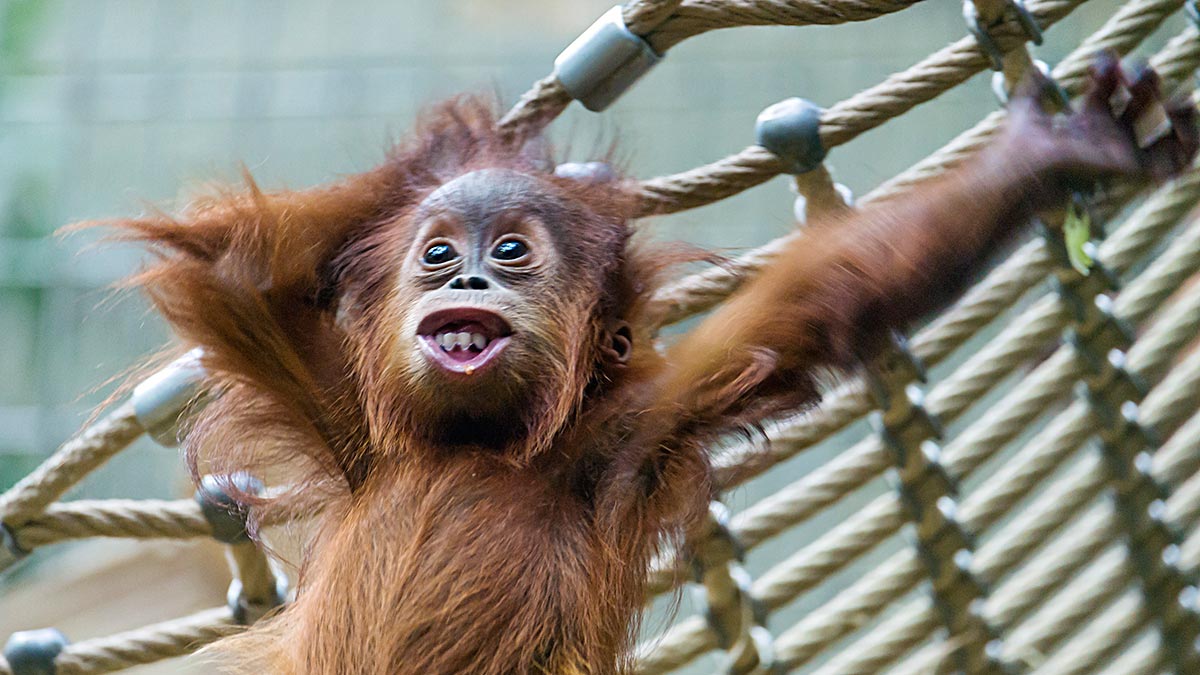 Orangutan babies have wrinkled faces, feet and hands, which are very thin. Their muscles begin to appear only after they start to climb trees.

This little guy loves hugs! He’s cute and small, and requires lots of help from his mom. Orangutan babies have wrinkled faces, feet and hands, which are very thin. Their muscles begin to appear only after they start to climb trees. Their eyes are large and open immediately after birth. Usually, a newborn baby orangutan weighs one to two pounds. During the growth years their weight continuously increases, and they will weigh around twenty five pounds when they are six or seven years old.

The closest to humankind, orangutans are cute monkeys that share almost 97% of human DNA. They are known by local tribes as “person of the forest”. Another similarity to humans is that orangutans have the longest childhoods. They don’t reach maturity until they are 14 to 16 years old.

The mother orangutan takes the best possible care of her little ones. The baby orangutan is really a cute one. During its first year, the baby stays in constant contact with its mother. When they are born, baby orangutans need to suckle from their mother every three or four hours. After they reach four months, these babies start to eat some soft food, which they take from the lips of their mother. Orangutan babies generally stop drinking milk after three years. In some cases, they continue to suckle from their mothers for a while.

Small orangutans remain under the supervision of their mother for at least the first seven years of their life. During this time they learn all the necessary things to survive in the jungle.

Orangutans eat leaves, flowers, and most importantly a huge number of fruits. What is really interesting about them is that they are able to remember places to find their food. That’s one smart primate!

If you like Orangutan then check out these related baby animals