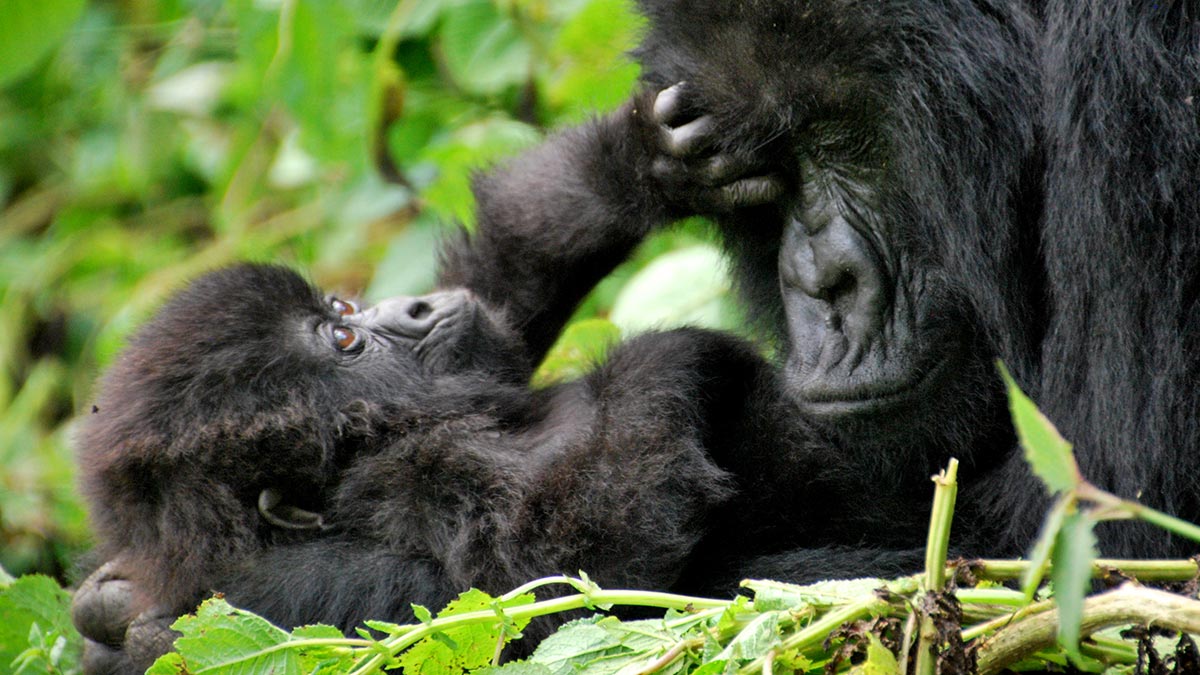 Newborn gorillas weigh about three to four pounds at birth and are nursed by their mothers for about two and a half years.

Cute and adorable, this gorilla baby may remind you of a human infant. That is because gorillas are the closest living relatives to us. They may live in the jungle, but you might be surprised as to how similar gorillas are to humans.

Gorillas have long arms, bulky bodies and a wide chest. They are herbivores, which means they eat fruits, leaves, roots, shoots and vines. Gorillas are considered adults at about ten to thirteen years old. Mother gorillas are pregnant for eight to nine months, about the same as humans. She will only have three around three babies in her lifespan. That is because baby gorillas take a lot of work to raise!

Mother gorillas closely care for their young. Newborn gorillas weigh about three to four pounds at birth and are nursed by their mothers for about two and a half years. A gorilla infant is helpless and needs mother’s care and support just like in humans. They start to crawl when they are two months old and learn to walk when they are nearly nine months old. They ride on their mother’s back by grasping her fur.

Baby gorillas are carefully nurtured by their mothers for nearly three years. They learn quickly, staying near their mother. Eventually they start to roam around with their father, make messes with their food, and do all kinds of mischief.

As soon as the mother gorilla weans the baby gorillas, they leave their mother’s nest and build their own sleeping nest using vegetation. Gorillas have longer arms than legs, so they walk by using all four limbs, most of the time. The adult male gorillas protect them, and these young gorillas learn their way of life quickly under the supervision of adults. When the young gorillas become older and independent, they usually leave their own family group and create a family of their own.

Gorillas are highly intelligent animals and communicate through a system of gestures and sounds. The young gorillas are known as blackbacks and adults are known as silverbacks. They are very shy but can turn aggressive when threatened. Their lifespan development is similar to humans. Gorillas can live up to forty or fifty years old!

If you like Gorilla then check out these related baby animals