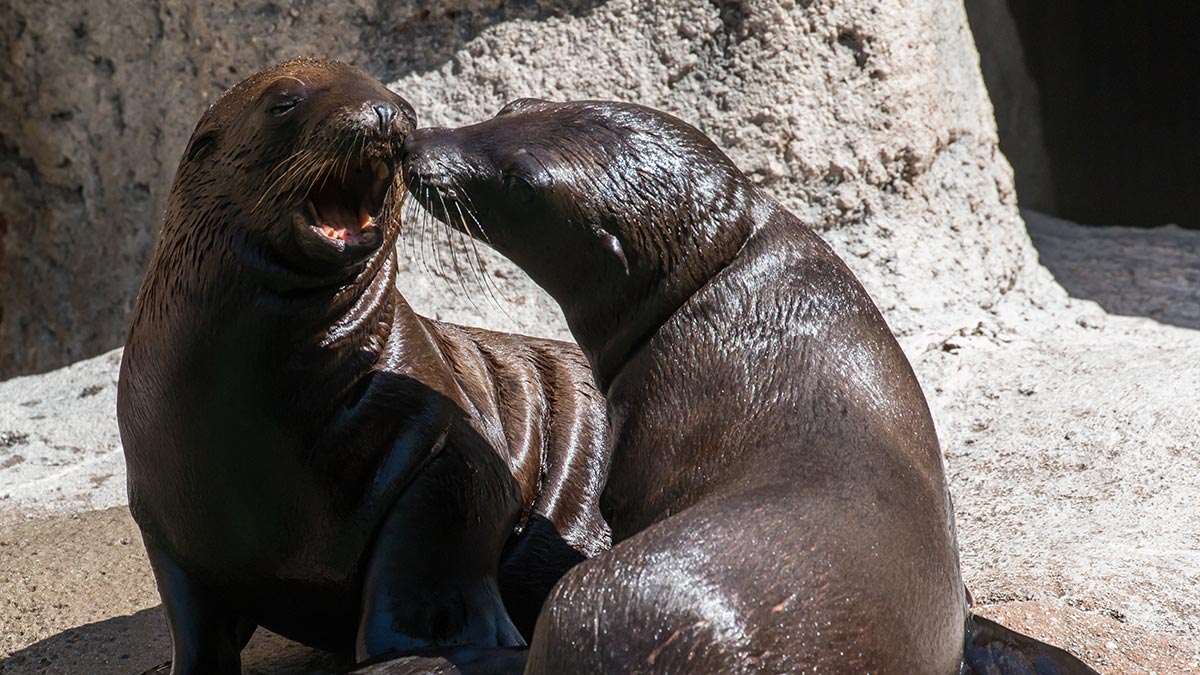 Typically born one at a time, sea lion pups are mammals that rely on their moms to supply milk and safety.

Did you know that while baby sea lions are wild, you can visit them in zoos and water conservatories? They love to be taught tricks!

When a baby sea lion, called a pup, is coming into this world it brings changes to the family that it’s born in. A group of sea lions living at one place on land is called a colony; but when babies are coming; it is called a rookery! The differentiation is probably because the moods of sea lions change when a baby is coming. Twins are born very rarely and a pup can enjoy undivided attention of its mother until another sibling comes. A pup can look forward to being protected by its mother when it is in distress. All it has to do is bark and the mother will recognize the bark of its baby sea lion and the other way around.

Sea lions are mammals just like human beings and are born after a period of eight to eleven months.They are fully developed at birth and nature has created a mechanism of delayed implantation for them. Eight months later the baby sea lion will bark for the first time outside its mother’s body! This happens so that there is plenty of food available in summers. But baby sea lions don’t even eat until they are six months old. Why must there be a lot of food then? Well, it’s because they are nursed by their mothers for six months and she needs to eat to fill the pup’s tummy.

Sea lion pups are well developed and vocal when they are born. Within half an hour they can actually walk! Imagine that with a human’s baby. It would scare people away! They communicate with their mothers through tiny barks. Baby sea lions are usually born on land but it isn’t rare for them to be born in the water. They can’t swim until they are a couple of months old but they can paddle, scratch and walk as soon as they are out of the womb.

When they come into this world, they shed their milk teeth. This is why they look so adorably cute and playful! Their teeth aren’t used for chewing rather only grasping and holding food. Since baby sea lions are nursed by their mothers for six months, before they start hunting with her, they don’t need their teeth. Baby sea lions don’t have claws. They only develop them when they grow up and then use the claws for eating purposes like tearing food.

Sea lions and their babies are found in every ocean except the Atlantic Ocean. They are intelligent and playful creatures; that is why they can easily be taught tricks, like playing with balls and hoops in zoos. A baby sea lion will remain a baby until it is six to ten years old if it’s a boy. If it’s a female pup, it is expected to start showing maturity from three to eight years of age.