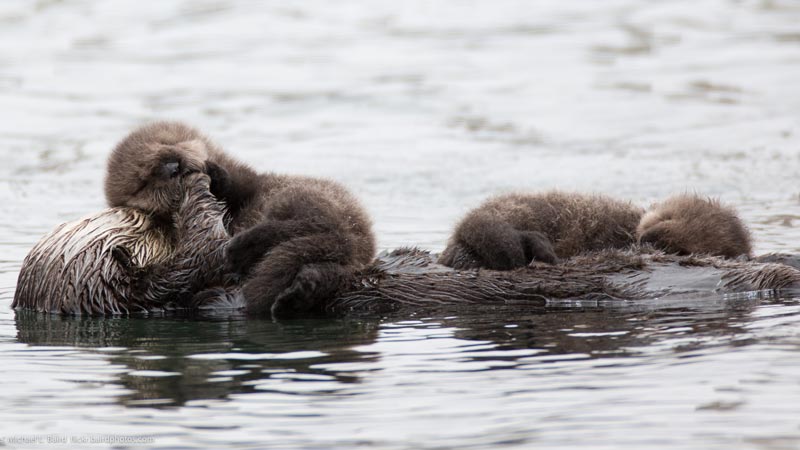 Born blind, a baby otter is cared for by his mother, father, as well as older siblings.

Are you happy to see this little guy? Well when he’s born, his family is happy to see him too! An otter family works almost like ours. A baby otter is cared for by his mother, father, as well as older siblings.

The otter pup is born blind. They open their eyes only after forty days. After that, the baby otter will start expanding his world. His mother will teach him how to swim and walk. It is another before he will learn how to swim. They will stay near their mother, father, and other offspring for a year.

The way that otters care for their young shows how intelligent they are. After giving birth, the mother and the babies are protected by the father. Before the babies are born, the family stock piles food so they don’t have to leave the nest when the babies are young.

Baby otters are usually born between May and June, though they can be born throughout the year. Otters belong to the mammal family, so baby otters drink milk from their mother as their only source of food while they are still blind. But after the forty days, they are able to eat plants and tiny fish. Some otters also climb trees and eat branches. Otters have 36 to 38 sharp teeth. These allow them to eat and chew better, and digest food easily in their small stomachs.

Some species raise their otter pups near the seashore. This enables the baby otters to adapt to the environment. Otters live both on land and in water. In this way, they have a greater possibility of survival.

Baby otters are playful animals. They are called puppies. A mother otter can give birth to two to four puppies every birthing period. An otter pup only weighs about two ounces upon birth, that’s the weight of a fourth a cup of water! Puppies usually stay close to their mother for one year, but even after still live together. Like humans, they are sociable and play with each other. Otters are so smart, some fishermen train them to drive groups of fish to their nets!

An otter lives about 10 years

Otters are closely related to badgers

They’ve been around for more than 5 million years

Otters are most active at night

Their tail is over a foot long