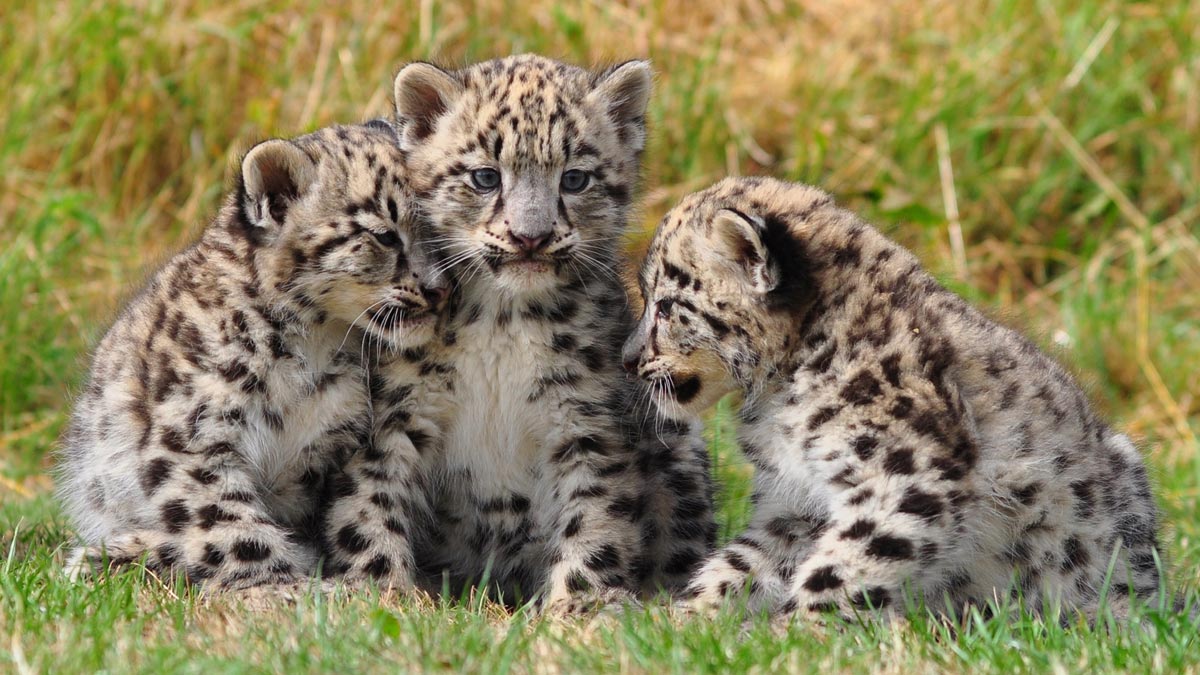 Baby leopards are born blind and helpless. They are small and weigh just about half a pound.

Think this cute kitty is related to your kitten at home? Well, you are right. Leopards are relatives to domesticated cats that we keep as pets. Though this guy looks cute, you wouldn’t want him as a pet. He’ll grow to be one of the top predators on the food chain!

Leopards are carnivores and eat only meat. However, leopard cubs drink milk from their mother up to four months or longer. Young leopards are fed meat when they reach eight weeks. As they grow, they learn to hunt small animals.

Leopard cubs are like their mother that they can easily adapt to their habitat. Their favorite habitats are rocky, near rivers and forests. Leopards look like a cross between a jaguar and a lion. They have short legs and a long body. Leopards are sociable and live with other leopards together with their offspring. Another female leopard can protect and care for pups when their mother is away.

Young leopards, upon reaching three months, can be as strong as adults. They can run about fifty miles per hour, that’s almost twice as fast as you! They can also climb from one tree to another. Leopards are good swimmers, taught by their mothers. They are very allusive to humans. It is difficult to spot them with their spotted coats for camouflage.

Though leopards are wild and dangerous to humans, they play an important role in our environment. Baby leopards kill small insects and animals that can harm vegetation and crops. We need to respect and protect wild animals such as the leopard to ensure they are here for generations to come.