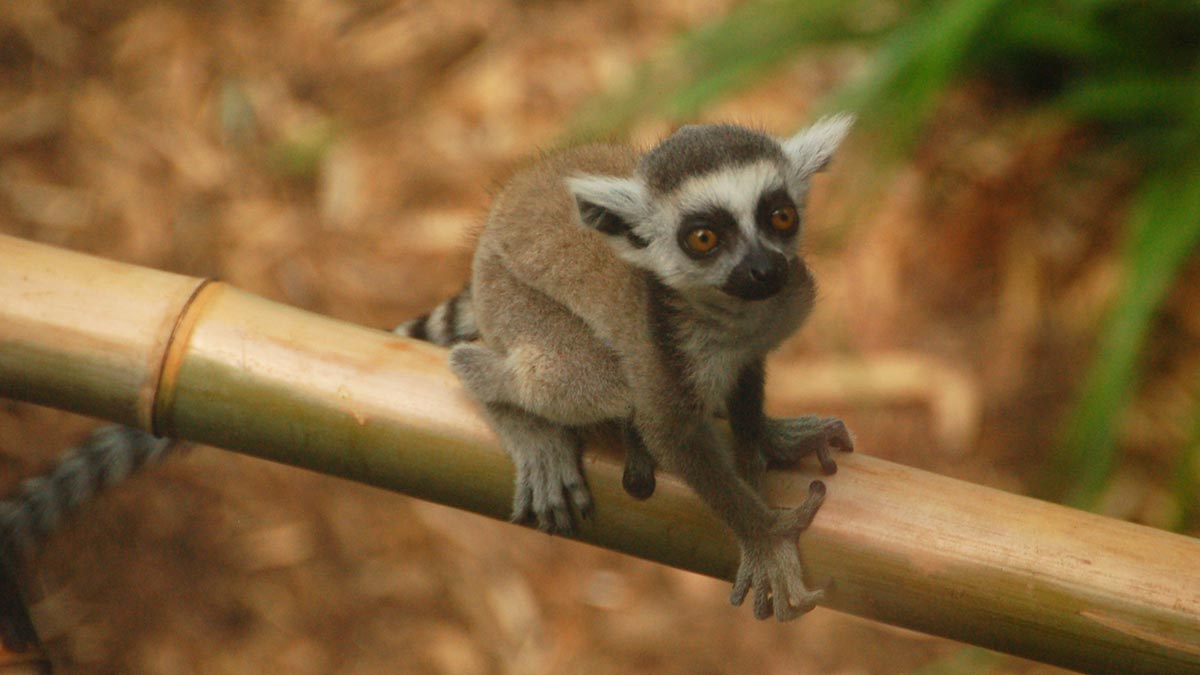 Baby lemurs are called pups, and at the time of birth, a pup weighs about 100 grams, about the weight of a cup of water.

This cute and cuddly animal is called a lemur. Lemurs are found in large numbers on the island of Madagascar and Comoro. They are recognized by their long furry ring-tail, small arms, large head, and rhinarium (sensitive and moist nose). They live in groups known as troops, consisting of three to twenty seven members. Troops are usually ruled by females who take care of the young lemurs. Lemurs are capable climbers but spend majority of their time on the ground searching for food. They travel far to find flowers, leaves, sap and insects. Traveling over the ground, they keep their long tails in the air. This works as a signal to keep every member of the group together and in sight. Can you imagine what it would be like to happen upon a group of foraging lemurs in the rainforest?

Lemurs conceive a baby when they are two to three years old. Generally, they give birth to one baby but sometimes female lemurs deliver twins as well. Baby lemurs are called pups, and at the time of birth, a pup weighs about 100 grams, which is about the weight of a cup of water.

The lemur babies spend the first couple of weeks grasping their mother’s abdomen and switch to riding on their mother’s back after the first initial weeks. As soon as ring-tail lemurs are born, they can open their eyes and can hold their moms tightly. The pups usually have the same color as the adults, though slightly more brownish. They are almost ten centimeters long with a large head and small arms.
After two weeks the pup gets stronger, starts eating solid foods, and wanders around on its own. Baby lemurs stay with their mothers for about two years. In this time span, the baby lemurs are nursed and protected by their mother. When it grows up the lemur stays in the troop, if it is a female, or otherwise it joins another group.

The life span of a lemur is approximately eighteen years. They communicate through scent and vocalizations. Lemurs are highly social creatures and their society is female dominant.