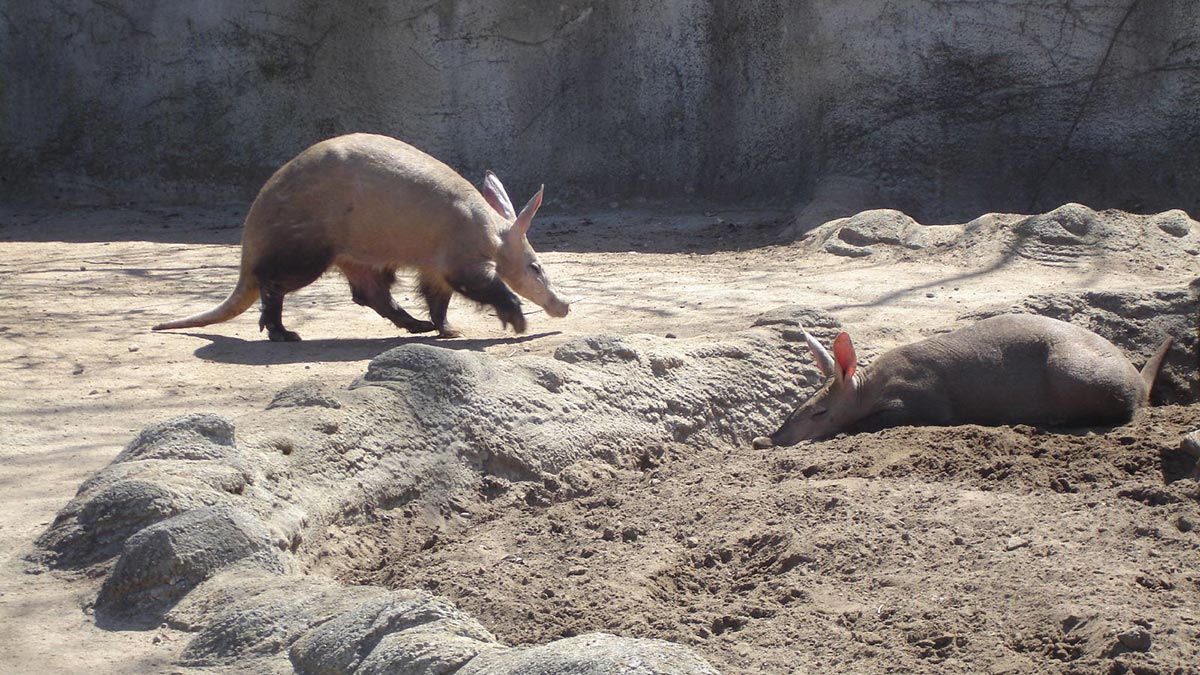 Known in Africa as antbear, anteater, earth hog or earth pig, an aardvark is a medium sized nocturnal mammal native to Africa.

These little babies are fun and interesting!

This strange critter is called an aardvark. Does it look a little like a pig to you? Well, in Africa they are also known as an antbear, anteater, earth hog or earth pig. An aardvark is a medium sized nocturnal mammal. That means it spends most of its time hunting at night. Baby aardvarks are very interesting animals, known as cubs, like a bear cub!

Each year, the mother aardvark brings a baby to the world. At birth, these newborns weigh about two pounds. They are sweet, with bare, wrinkly skin. For the first six months of his life, he will stay with mom. After only two weeks of his birth, the baby is ready to join his mother in nightly foraging excursions. Three months old, this little one can begin eating termites. In the first year of his life, he will grow brown fur and slowly begin to resemble his mother. His fur color may vary depending on where soil he lives, varying from yellowish to gray!

Aardvarks have a slender, curved body. The front legs only have four toes while the hind feet have five fingers! What is interesting about this baby aardvark is the size of his ears. They are very long compared with the rest of his body. He may look silly, but it makes him an excellent insect hunter, his favorite snack. Everything about an aardvark is long. His head, his neck, and his muzzle that looks kind of like a pig’s snout. His mouth is small and round, while his tongue is – you guessed it – very long! An aardvark’s tongue can grow up to twelve inches!

The baby aardvark starts to dig their own pits when they are six months old. Female aardvarks stay with their mother longer than males. At two years old they are considered adults and can have babies of their own.

These irresistible babies can be found from the dry savannah to tropical forests. Wherever they live must have plenty of termites, access to water, and soft soil that is easy to dig. They usually feed at night, destroying the nests of insects with their front limbs and then sucking them up to their snouts. They can also dig up wild plants to eat them if water is sparse.

In recent years the number of these cute, little aardvarks has decreased. The reason for this is that people are destroying their natural habitat. Because of their limited diet, they are very vulnerable to changes in their natural environment.